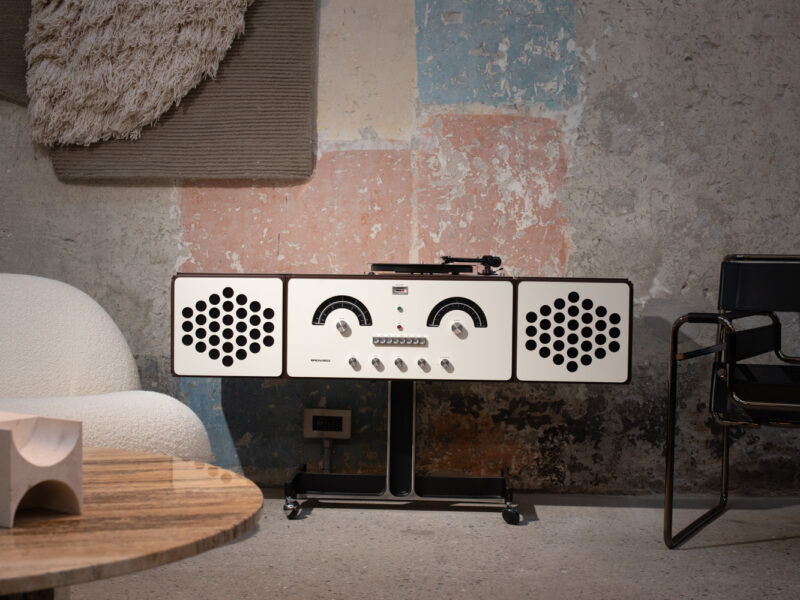 Although the invention of the radio dates back to the late 1800s, the turning point in design and creativity occurred in 1945, when Giuseppe Brion and engineer Leone Pajetta founded B.P.M. (Brion Pajetta Milano) in Milan, a firm focused on the production of electronic components. Brionvega was established in 1960, a historic Italian company specialized in the production of electronic devices such as radios and TVs with a unique and timeless design. Internationally renowned designers contributed to the growth of the brand, authoring the mythical 1960s products that are not only current, but also able to challenge the future even better than contemporary items.

Between 1964 and 1965, two great masters of industrial design, Marco Zanuso and Richard Sapper, designed Radio Cubo. A functional object that soon became a design classic: consisting of two cube-shaped plastic shells, with hinges for easy opening and closing, it was designed to be exhibited in the Italian living rooms of the time. Today, it remains extremely popular thanks to simple technological updates, such as Bluetooth.

In the same period, Marco Zanuso conceived another myth: Radio Grattacielo (“skyscraper” in Italian). With a total absence of curves, the squared geometries form a parallelepiped that can be positioned horizontally or vertically depending on the user’s mood and needs.

However, the most groundbreaking radio of all was introduced in 1965, when Pier Giacomo and Achille Castiglioni designed Radiofonografo: an anthropomorphic musical device, with speakers acting as ears and settings and tools as eyes, nose and mouth. The two speakers can be arranged in various combinations: on top of the turntable as well as fixed to the sides or even placed apart, to increase the stereophonic effect. Today’s modern version fully respects the original look, with a few technological modifications.

Signed in 1971 by designer Mario Bellini, Totem Radiofonografo is a celebrated piece of design that represents the research on elementary shapes, such as the simple volumes of a cube, leading to modularity while concealing the functions of a Hi-Fi. From this apparent cube, Bellini reveals a stereo system, speakers included. A faithful reissue of this must-have collectible is now presented in a renewed form and equipped with the best contemporary technology.

Today, museums all over the world exhibit Brionvega products, auctions and collectors’ items revolve around these magical objects. The Radiofonografo is also included in the top ten of MoMa Design Store, the virtual store of the Museum of Modern Art in New York. 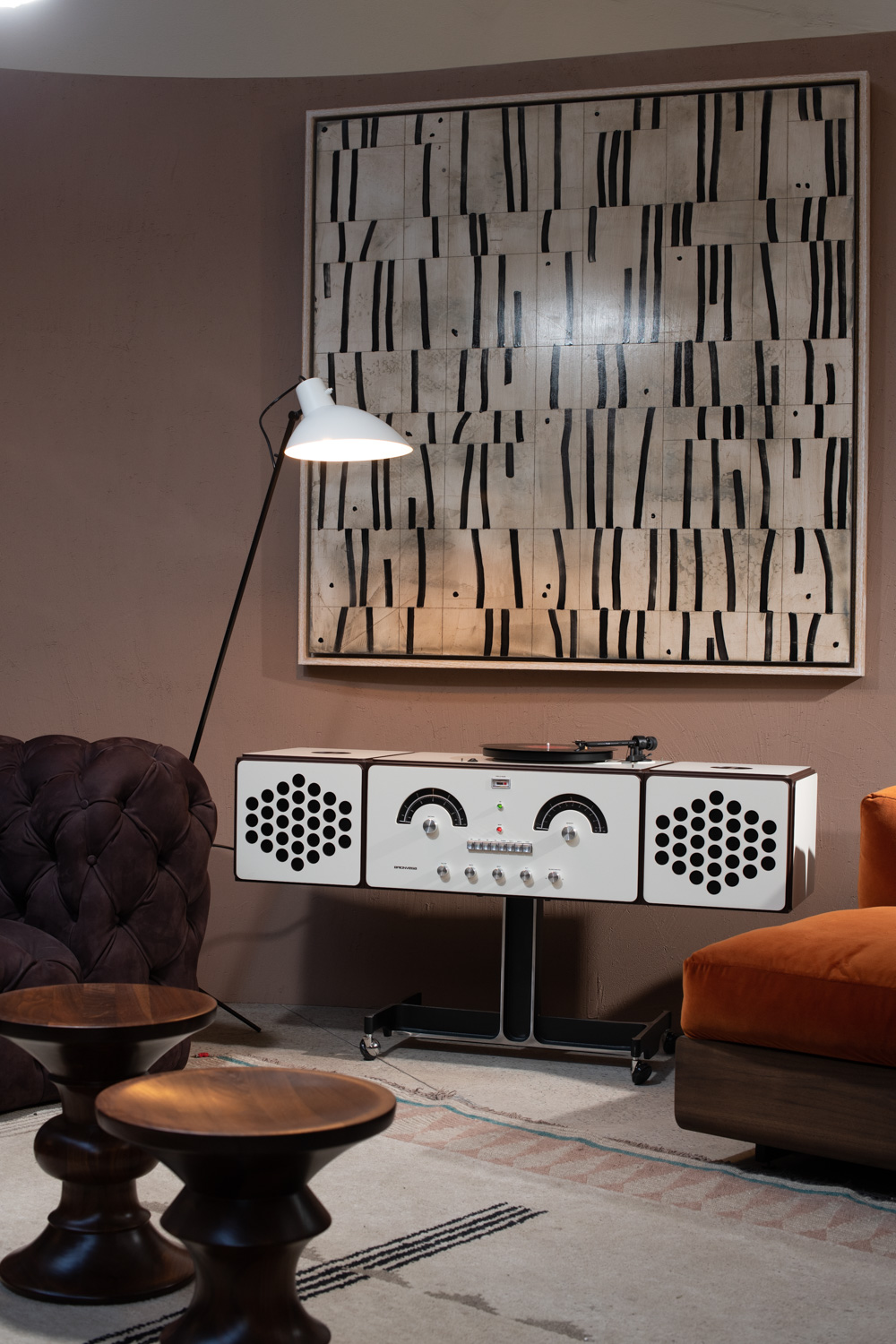 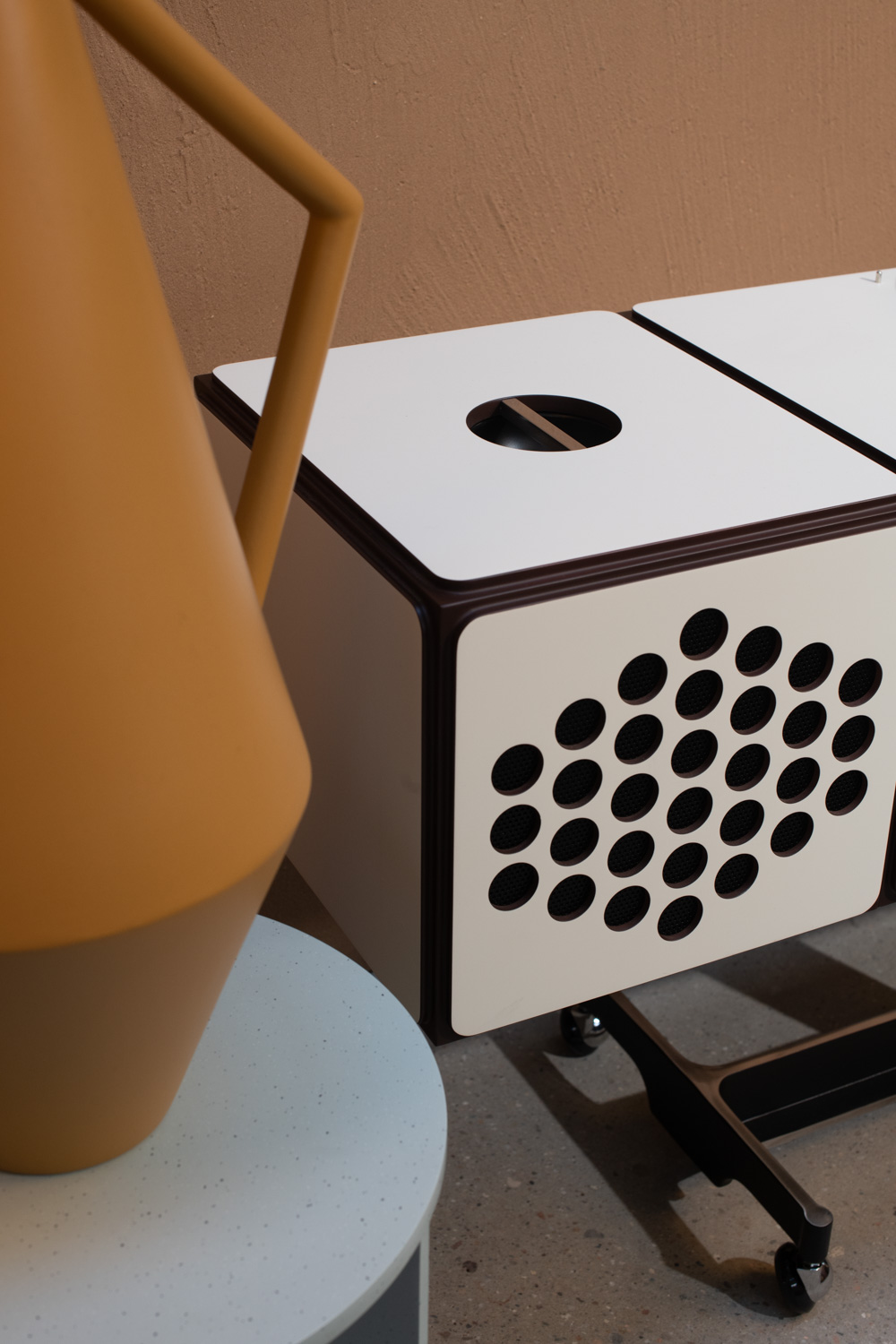 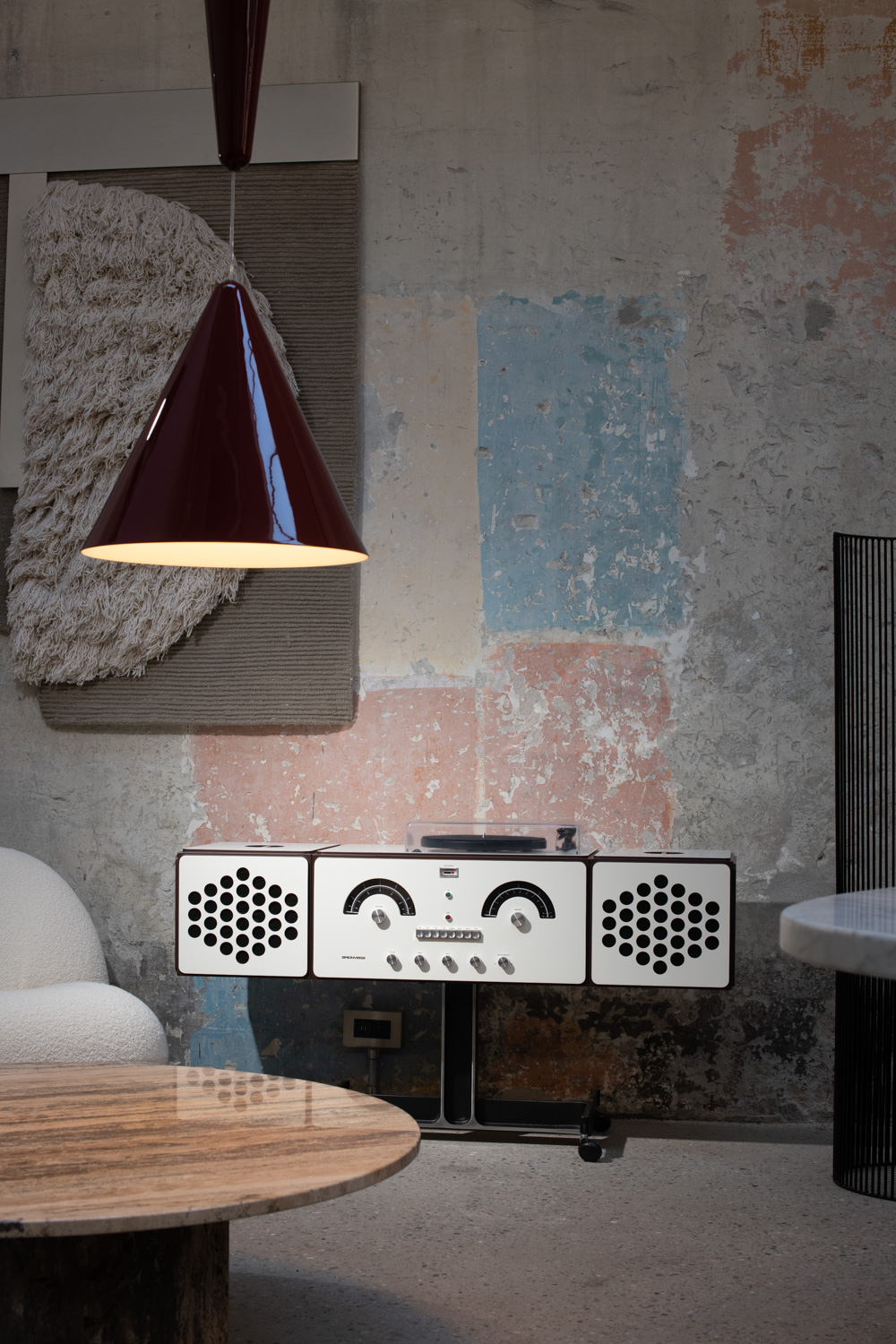 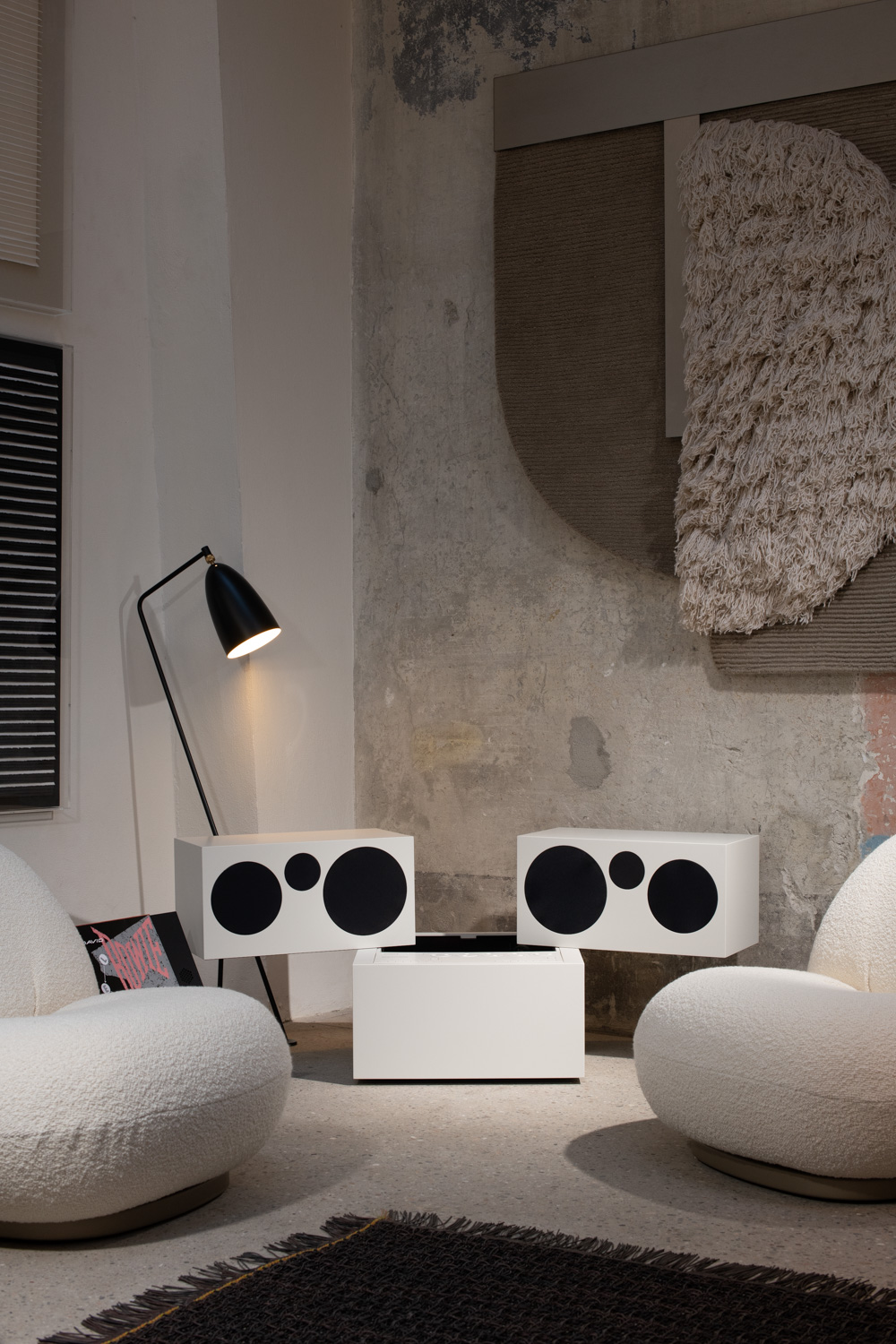 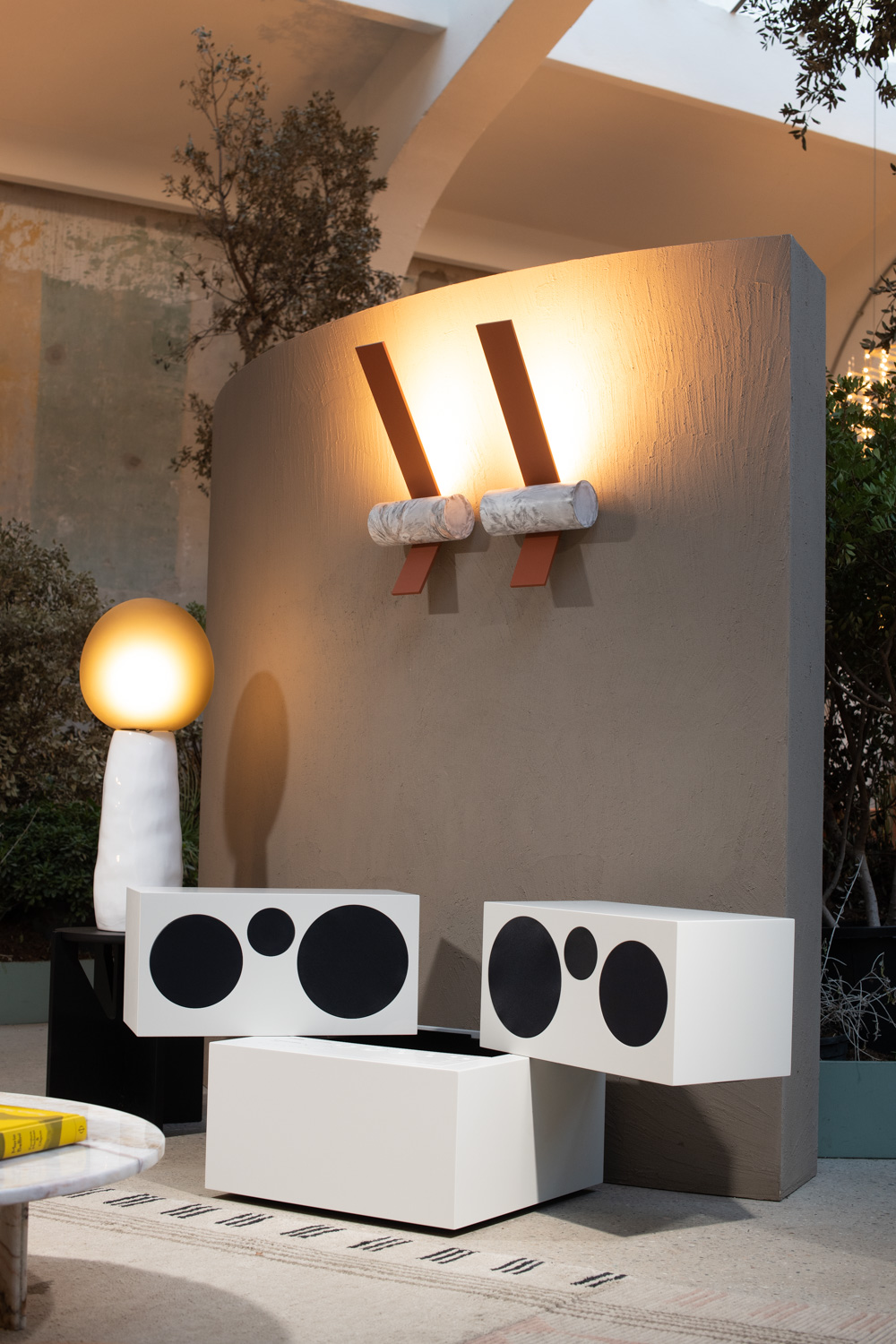 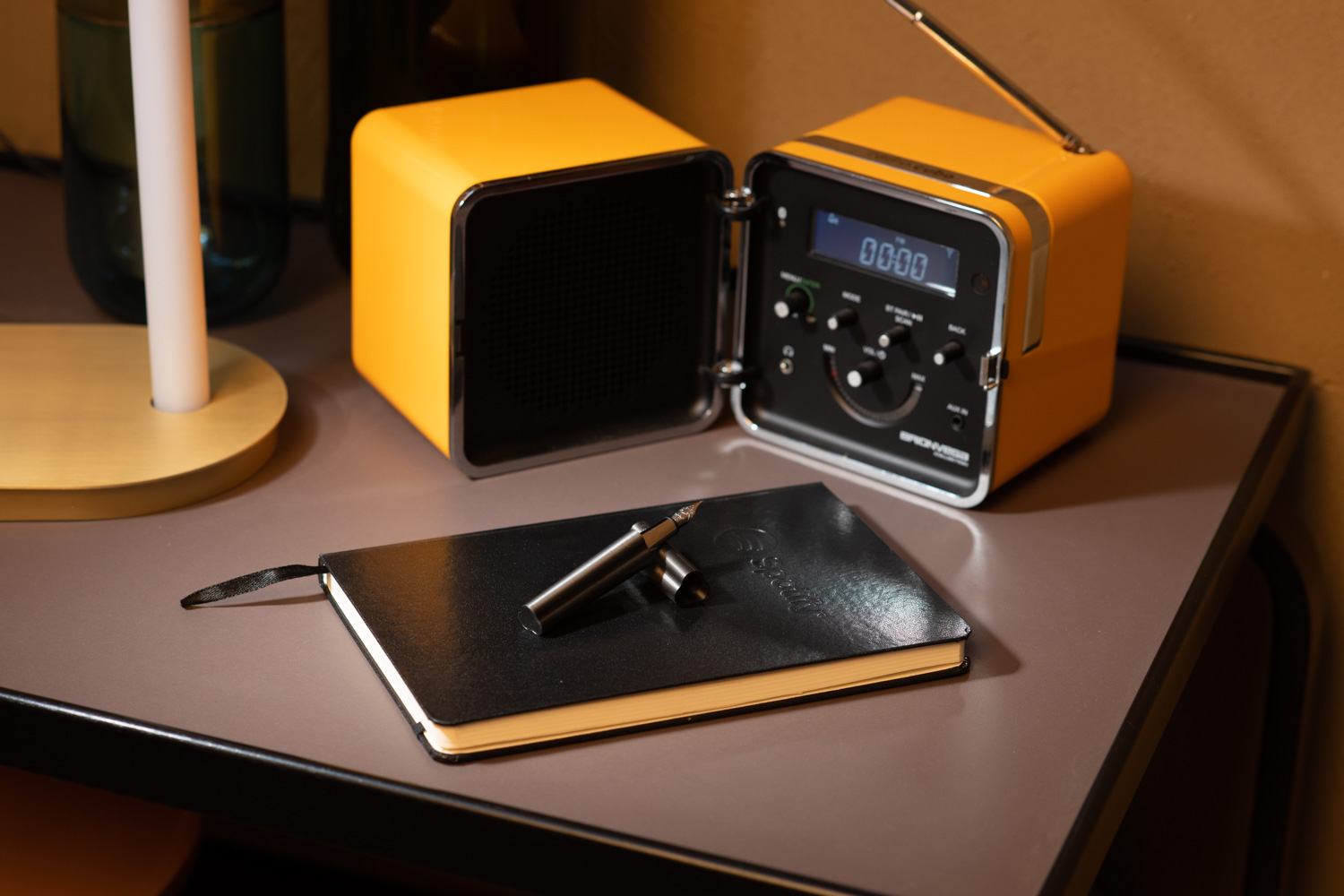 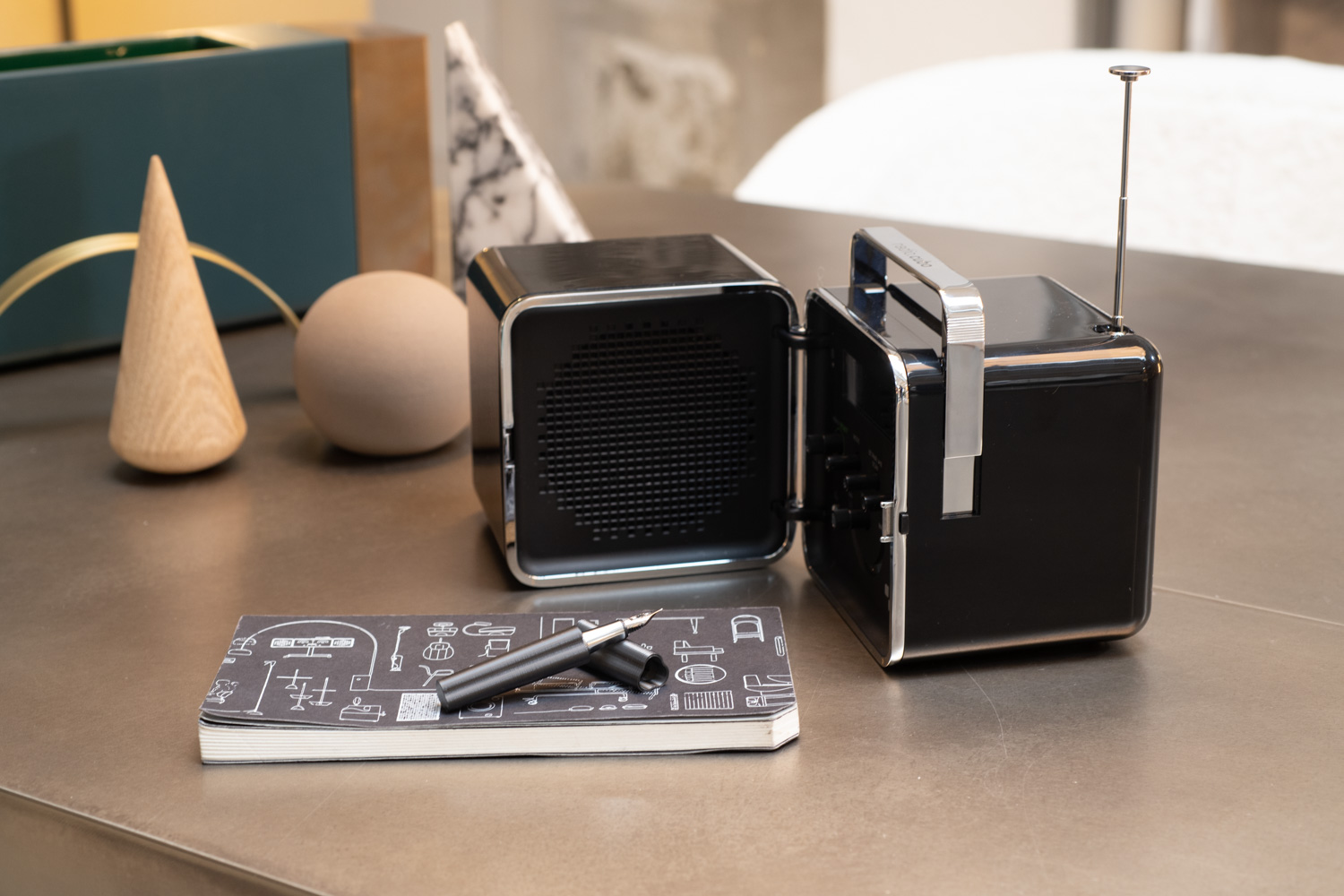 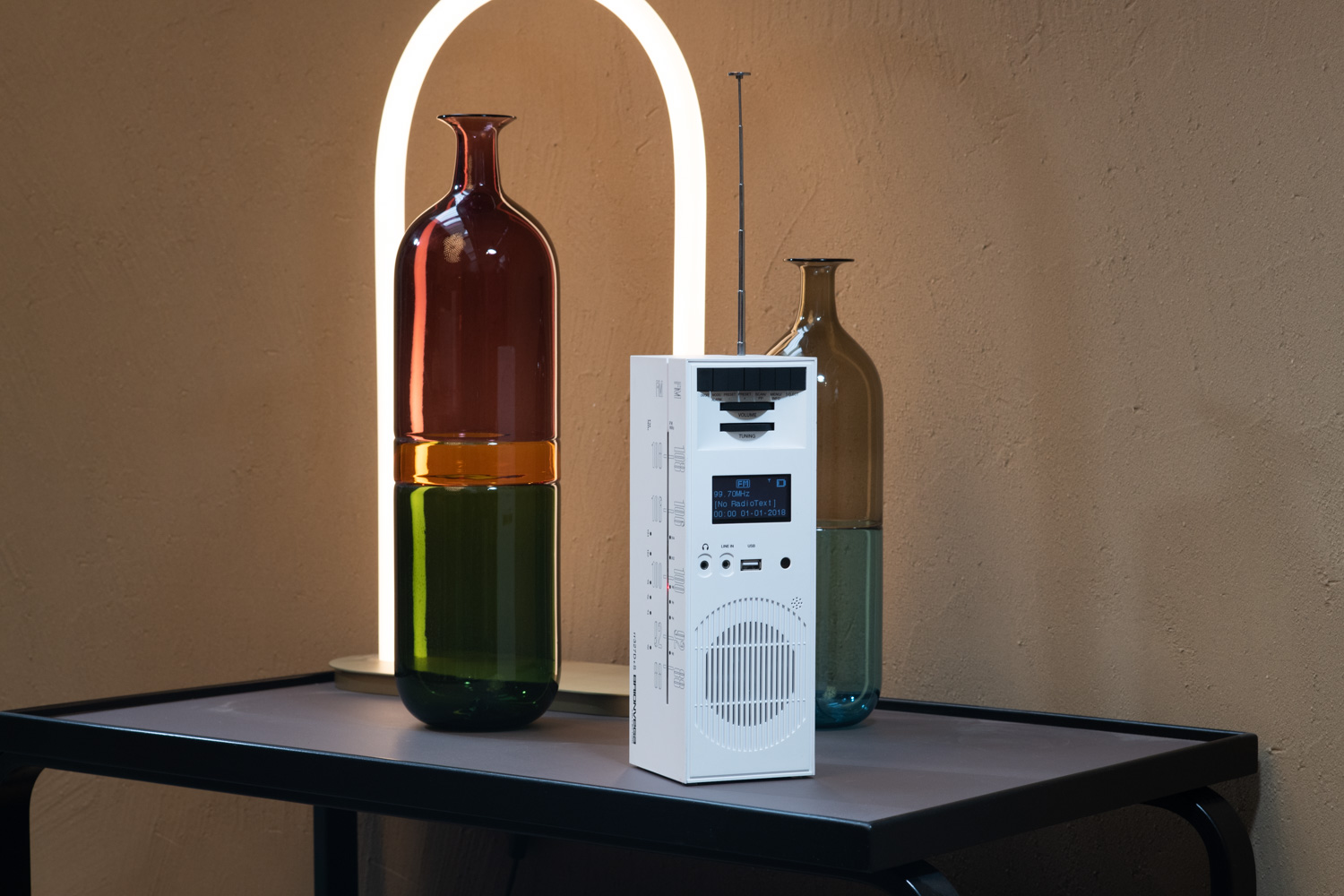 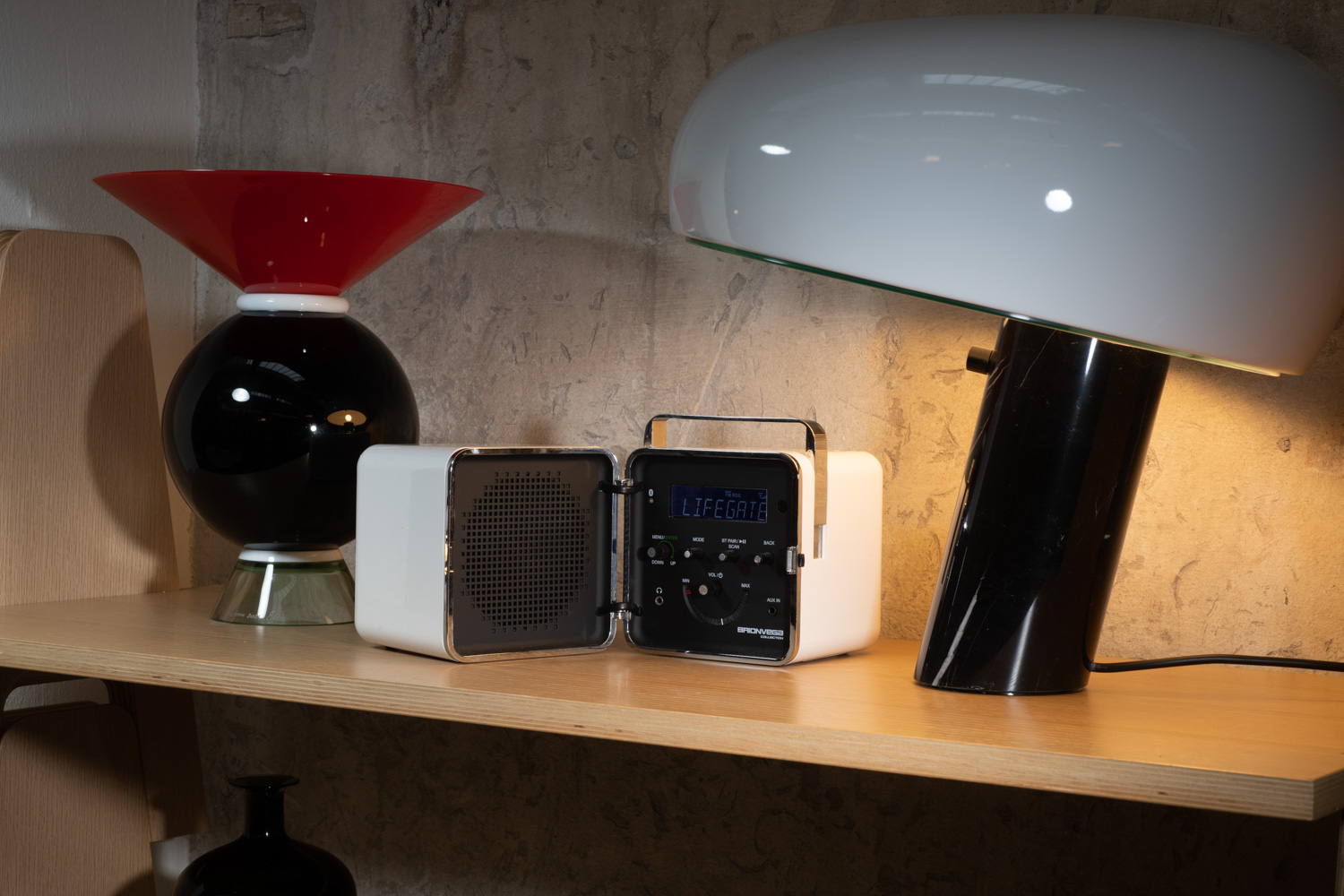 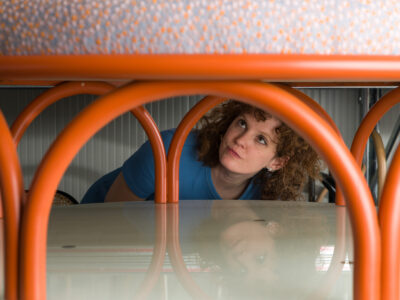 Preview of the Salone del Mobile 2022: celebrating with elegance and quality 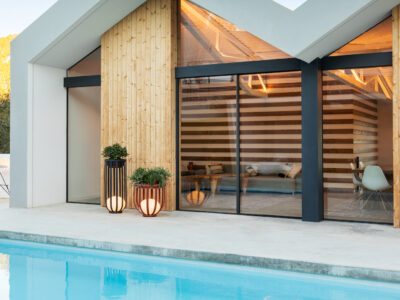 A new design experience, in the capital of design: the new Mohd space, in via Macchi 82.